skip to main | skip to sidebar
THE POTTER FAMILY'S JOURNEY...

I CAN NOT believe how quickly November zoomed in and out. Tomorrow is December?? That is so hard to believe!

We have had a fun few weeks although Reagan did get her first stomach bug two weeks ago. It took her a long time to get over it, but she is such a trooper. I have never loved that g-tube more! Maybe we will just keep it forever. NOT! It was helpful with the tummy pains and keeping her hydrated as well.

Thanksgiving was fun and different. We decided to visit my family on Friday this year and on Wednesday joined some of Rick's sisters and their families- CAMPING! No tents involved, only campers. It was a lot of fun with the kids. We played in the hammock, rode bikes, and went on hikes. We even roasted a 22 pound turkey and had the normal Thanksgiving dinner- delicious! 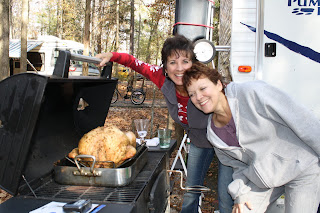 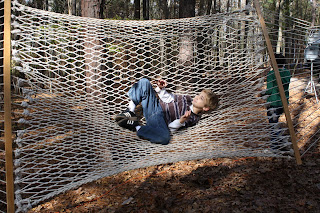 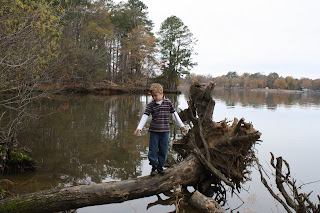 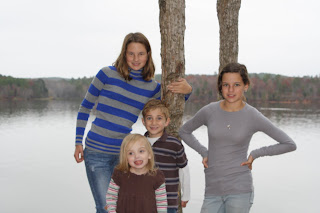 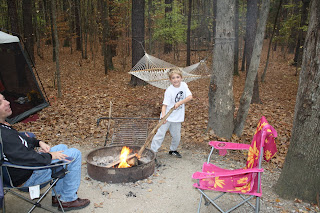 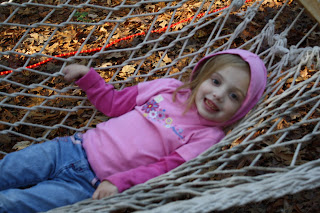 Here are a few pictures of my little Diva. She decked out in this outfit when I told her to put clothes on so we could ride bikes. She cracks me up! The next two pictures are from parent observation day at dance class. She really loves Mrs. Stephanie and dancing! 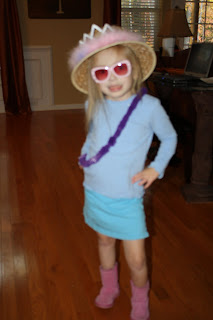 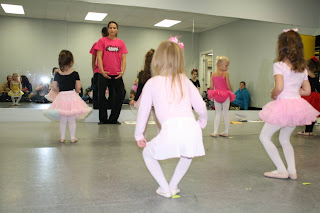 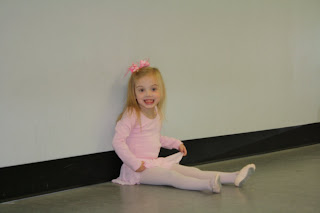 I hope you all enjoy the special times that holidays bring and make lots of memories!

Remember why we celebrate this season! So thankful that God loves us all so much!
Posted by Kelly Potter at 9:33 AM 1 comment:

We have been enjoying ourselves! The first fall/Halloween activity was Reagan's fall party at school. She is the Hostess of the class, or so she thinks! She wants everyone to enjoy themselves, and even went around to some of her classmates asking if they enjoyed their snacks! Learning is not on her short list of important things to do. Having fun- number one! That is SO okay with me. 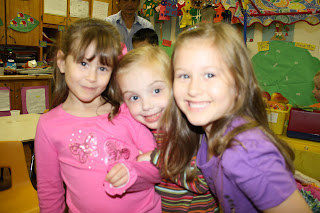 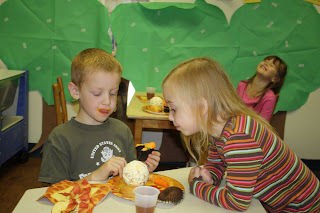 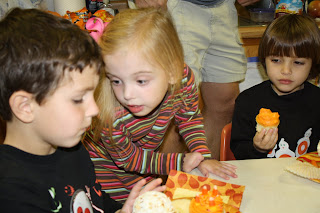 Here is a picture of Cameron and his buddy Walker on his Camp Out day. It was such a fun day. We made pet rocks, went on a hike (in the woods behind the school), brought sleeping bags, sang camp songs, They even had hot dogs in the bus loop and smores too! He really enjoyed the day. 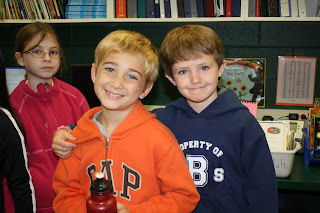 Fun games at Nanna and Grandaddy's church- Reagan only wanted to lick the Krispy Kreme donut. What ever happened to apple bobbing? OK with me- much more sanitary and taste better too! 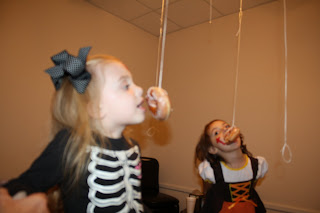 Halloween- this year they chose their own costumes, without coaxing from mom and dad. Cameron has been asking to have a scary costume since he was two. I put it off long enough. He was so excited and is already planning next year's costume. Reagan was not really into trick-or-treating this year. She was until she actually had to walk up and down stairs, and say the magic words. She was not a fan. She wanted her stroller and then wanted to go back home and play. I guess when you don't love candy, there isn't a lot in it for you! 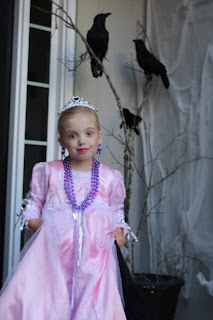 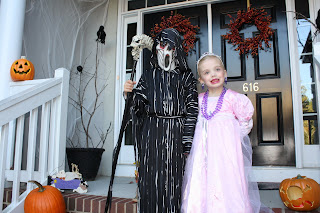 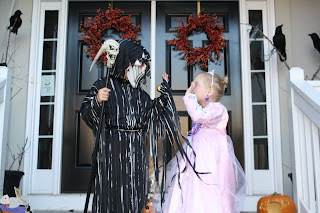 And Tuesday, election day, was spent playing outside mostly. Reagan LOVES to swing, and can almost go as high as her brother. They really enjoyed jumping in the mini pile of leaves that they had gathered. It was nice to have all four of us at home, with no where to be! We even went bowling in the afternoon. Fun times! 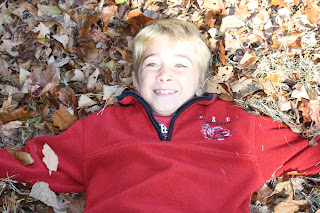 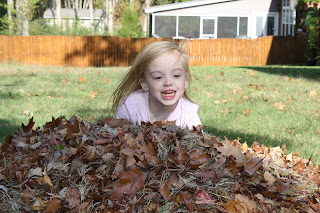 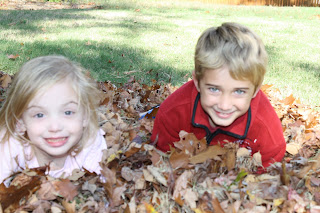 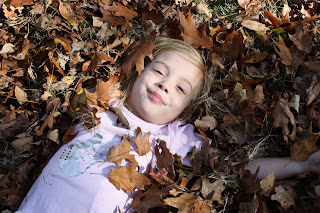 Hope everyone is enjoying their fall fun too! Don't forget to be thankful for every little minute!
Posted by Kelly Potter at 5:36 AM 2 comments:

Kelly Potter
I met Rick in Greenville, SC 16 years ago. On September 11, 2011, we will celebrate our 11 year anniversary! We were blessed with our first child in 2003-A sweet boy named Cameron. He is such a joy. We were again blessed with another child two years later- a precious little girl. Reagan was born with a complex heart defect called Hypoplastic Left Heart. After two successful surgeries, her heart weakened (a nice way to put it) and she was very sick. She was placed on the heart transplant list in December of 2006. Through the genorosity of a family in Orlando, Reagan received her heart 14 days later. That was over five years ago! This blog is for friends and family that follow Reagan and her family's journey. Thanks to all who love us!